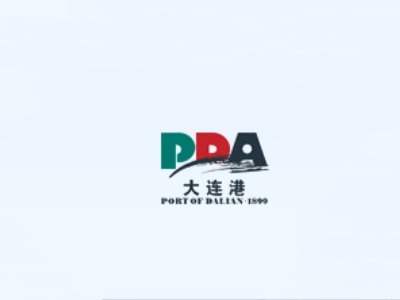 Dalian Port publishes its quarterly report for 16 years. 1Q2016 realized income of 2.33 billion yuan, an increase of 13.0% over the same period last year; net profit attributed to shareholders of listed companies was 120 million yuan, an increase of 4.1% over the same period last year, and non-net profit was 120 million yuan, an increase of 13.9% over the same period last year. Oil and bulk grain performed well, and ore and groceries continued the decline: 1Q2016, the group's oil terminal continued its economic performance for the whole year of 15 years, with a throughput of 15.542 million tons, an increase of 16.8 percent over the same period last year, while the throughput of bulk grain also increased by 22.6 percent, a substantial improvement over last year. The ore and grocery plate continued to decline, with the ore terminal affected by external imports and diversion sources, the throughput dropped by 41.8%; in terms of groceries, coal and steel declined steadily, with an overall decline of 4.4%. In addition, due to the negative macroeconomic impact, the container throughput of the group decreased slightly by 2.1%, and the growth rates of automobile, passenger transport and ro / ro throughput were 0.3%,-3.0% and-7.4%, respectively. The decline in gross profit margin superimposed subsidies reduced, net profit growth rate is less than income: due to rising costs, the company's first-quarter gross profit margin of 15.2%, down 1% from the same period last year, achieving a gross profit of 355 million yuan, an increase of 5.7% over the same period last year. Coupled with the reduction of container subsidies in this quarter, non-operating income also fell by 37.1% and decreased by 17 million yuan. Under this influence, the company achieved a net profit of 120 million yuan, a growth rate of 4.1% lower than that of income growth. The high-quality platform for the integration of the northern ports and the revitalization of the important base areas in the Northeast. Under the background of the current depressed domestic economic situation and the lack of unified port planning, we believe that Dalian Port, as the largest port in Northeast China, is very likely to become the core of the integration of port resources in Northeast China in order to coordinate development. In addition, according to Xinhuanet, on April 26, 2016, the State Council issued "some opinions of the CPC Central Committee and the State Council on comprehensively Revitalizing the Northeast and other Old Industrial bases". It is clearly mentioned that Belt and Road Initiative, promoting the China-Mongolia-Russia economic corridor, promoting the construction of China-South Korea free trade zone, and so on, Dalian Port is expected to become an important driving force in the revitalization of the Northeast. Investment advice: we expect revenue growth of 10.8%, 12.7% and 14.0% from 2016 to 2018, and net profit growth of 5.0%, 8.2% and 10.5%, respectively. Given a-A rating, the six-month target price is 6.2 yuan, equivalent to 69 times 2016's earnings. Risk hint: northeast port integration is lower than expected and overseas market development is lower than expected.