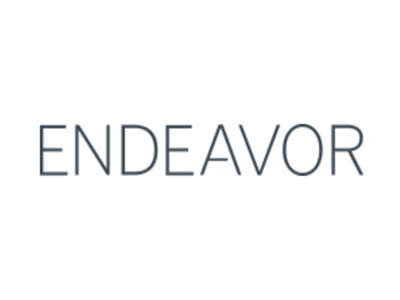 Endeavor became the second big casualty of the IPO market’s recent chill after WeWork’s parent company pulled its offeringearlier this month. It is the second time Endeavor has hit the brakes on its IPO this year.

Part of the reason Endeavor pulled its deal, according to people familiar with the matter, was the poor performance of Peloton in its debut. Investors soured on shares of Peloton, the startup known for its exercise bikes that allow users to join along in virtual spin classes from home, pushing them 11% below their IPO price of $29.

Peloton’s drop is the second-biggest initial decline of any IPO that raised at least $500 million this year, according to Dealogic. Shares of SmileDirectClubInc.,which started trading publicly earlier this month, fell 28% in their debut. The other first-day flop among companies that raised at least that much wasUber TechnologiesInc.,whose shares slumped 7.6% when they made their debut in May. Both companies still trade well below their IPO prices.

Peloton and Endeavor are the latest examples of IPO investors shunning companies that lose scads of money. For the fiscal year ended in June, Peloton’s loss more than quadrupled to $195.6 million while its revenue more than doubled to $915 million. Endeavor is also a generally money-losing firm, having spilled red ink in four of the past five years.

Uber and SmileDirect also lose money, as does LyftInc.,whose shares rose initially after going public but have slumped 42% below their IPO price.

「Even if it’s a good company, at too high a price it’s not a good investment,」 said Jay Ritter, a University of Florida finance professor who tracks IPOs.

The formerly red-hot IPO market has chilled of late, punctuated by the shelving of We Co.’s IPO. The WeWork parent’s valuation dropped precipitously as bankers struggled to drum up demand from investors concerned about its deepening losses and the behavior of its high-octane chief executive Adam Neumann, who recently resigned under pressure and gave up control of the company. Now it’s unlikely a We IPO happens this year, people familiar with the matter have told The Wall Street Journal.

This year was expected to be a banner one for IPOs, potentially breaking a record for the most money raised by U.S.-listed companies. But investors’ enthusiasm has tempered as they reckon with company financials that show big growth but a lack of profit, and founders with outsize control. The stock market has also swung this year amid trade tensions between the U.S. and China and a fight between the Trump administration and the Federal Reserve over interest rates.

Still, 2019 remains on pace to be the biggest for new issues in years. Companies going public in the U.S. have raised $52.7 billion so far this year, according to Dealogic. That is the most since this point in 2014 when $77 billion had been raised, $25 billion of that byAlibaba Group HoldingLtd.alone. A parade of notable companies have gone public this year, including Levi Strauss& Co., Uber, Lyft, PinterestInc.and Beyond MeatInc.

The rest of the year is likely to be fairly quiet for IPOs, at least among the type of big names that have jumped into public markets up until now. Among those that could come to market soon is Airbnb Inc., which is slated to go public sometime in 2020.

Endeavor, which owns the Miss Universe Pageant, Ultimate Fighting Championship and the largest talent agency in Hollywood, had earlier Thursday ratcheted back its offering, lowering its expected price range and the number of shares it planned to sell.

The IPO being off the table for now could throw up a hurdle to paying down debt for the highly leveraged company.

Endeavor, which is led by Chief Executive Ari Emanuel, had already postponed its IPO plans earlier this year as it looked to tout fresher financial results and sought to finalize the acquisition of On Location Experiences LLC.

But Endeavor has yet to close the deal for On Location, which was for around $700 million, according to a person familiar with the matter. On Location, which was founded by investment firms RedBird Capital and Bruin Sports Capital and the owners of the National Football League, has deals with over 150 sports and entertainment rights holders and would diversify Endeavor’s revenue base.

Endeavor began as the William Morris Agency, a talent-representation business founded in 1898 that worked with stars like Charlie Chaplin and Mae West. Now known as Endeavor, the company groomed itself for an IPO over many years, spending billions of dollars along the way.

In 2013, the company, then called William Morris Endeavor, paid $2.4 billion for the sports and modeling agency IMG Worldwide Inc. That acquisition significantly expanded the company’s footprint, but also took the traditional film-and-television representation firm into fields as varied as tennis, fashion shows and even high-school sports.

A flurry of deals soon followed. Endeavor bought the Miss Universe pageant in 2015 from Donald Trump, a longtime client of Mr. Emanuel’s. It paid $4 billion in 2016 for UFC, its biggest acquisition to date.

The deals were designed to diversify Endeavor beyond the film-and-television business, where A-list movie-star salaries and lucrative TV syndication deals have fallen. Having major divisions like UFC also provided a steadier stream of revenue than the traditional agent business, which can be unpredictable since it depends on individual representation deals, each of which must be negotiated separately. Agents such as Endeavor typically take a commission on fees they negotiate on behalf of clients.

—Erich Schwartzel and R.T. Watson contributed to this article.

Copyright©2019 FUTU. All rights reserved. FUTU does not provide any investment advice.