The shortage of oil is inevitable, and the price of oil may rise to $100 in the event of a cold winter this year.

The original title: the shortage of oil is inevitable, and the oil price may rise to $100 in the event of a cold winter this year.

On October 26th, market analyst Tsvetana Paraskova wrote that the global oil shortage was inevitable. Despite the pressure on oil and gas companies to cut production, the global thirst for new supplies will only grow. If investment does not increase significantly, the demand for oil and gas will exceed supply in the near future. Bank of America Corporation said that if the temperature this winter is much lower than expected, oil prices could hit $100 a barrel sooner. 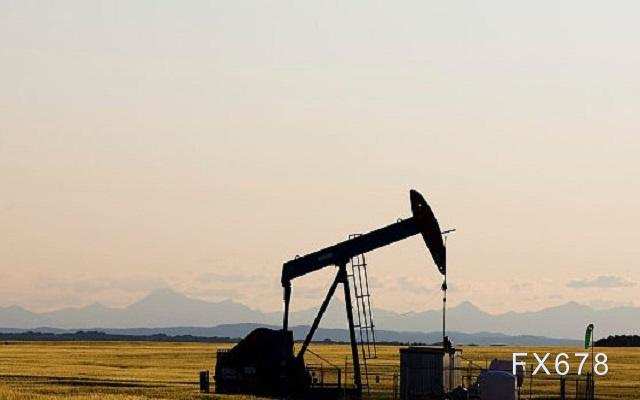 Oil supply may peak before demand

On current trends, global oil supply is likely to peak earlier than demand.

"the world has set boundaries on the amount of carbon that can be safely emitted, so oil consumption will peak," said Morgan Stanley's analysts. " However, most people estimate that oil demand will not peak until the end of the century at the earliest. According to OPEC's latest annual outlook, the group expects global oil demand to continue to grow to 108 million barrels a day in the mid-1930s and then to remain stable until 2045. Other analysts expect oil demand to peak in the late 1920s.

However, investment in new supplies lags far behind the growth in global oil demand. After the epidemic crisis in 2020, the demand for oil increased again. In early 2020, some analysts predicted that world oil consumption would never return to pre-epidemic levels, but the reality is that it will only take a few months for current demand to reach and exceed these levels.

There will be a shortage of oil supply in the next few years, and the oil price of $100 is no longer an outrageous forecast.

On the other hand, the supply of oil seems to be limited, and underinvestment is an important factor behind it.

Global upstream investment fell to $350 billion in 2020, the lowest level in 15 years, according to Wood Mackenzie estimates earlier this year.

Despite oil prices as high as $80, investment is not expected to increase significantly this year. This is because the super oil majors adhere to capital discipline and commit to net zero emissions targets, some of which plan to achieve this by restricting investment and developing new oil projects that are non-core and barely profitable.

Given that oil demand will continue to grow, underinvestment in new supplies will be a major problem in the medium to long term, at least for the next few years.

Patrick Pouyanne, chief executive of France's TotalEnergies, said in an interview this month that oil prices would "soar to their peak" by 2030 if the oil industry stopped investing in new supplies, as demonstrated by some scenarios of net zero by 2050. "if we stop investing in 2020, we will leave all these resources underground and prices will soar," he said. Even in developed countries, this is a big problem. "

Francisco Blanch, global head of commodities and derivatives research at Bank of America Corporation, expects oil prices to hit $100 in September 2022 and could hit $100 earlier if temperatures this winter are much lower than expected.

He said in an interview at the end of September that demand was recovering despite a serious underinvestment in oil supply over the past 18 months. He also pointed out that while oil prices are unlikely to remain at $100 for a long time, underinvestment has become a "multi-year problem" in the industry.

Even if the oil price cannot be maintained at $100 a barrel, future supply shortages will still push up the bottom of the oil price, leading to an unsustainable price surge.

Huitong warned that combined with the above news, we can see that demand growth, insufficient investment to limit supply, in this case, the oil industry will face the problem of shortage in the next few years, causing oil prices to continue to rise. Oil is currently trading around $85, and investors need to be vigilant that oil prices could continue to climb in the event of extremely cold weather this year, reaching $100 even earlier, as Bank of America Corporation predicted.